Discover The World of Education 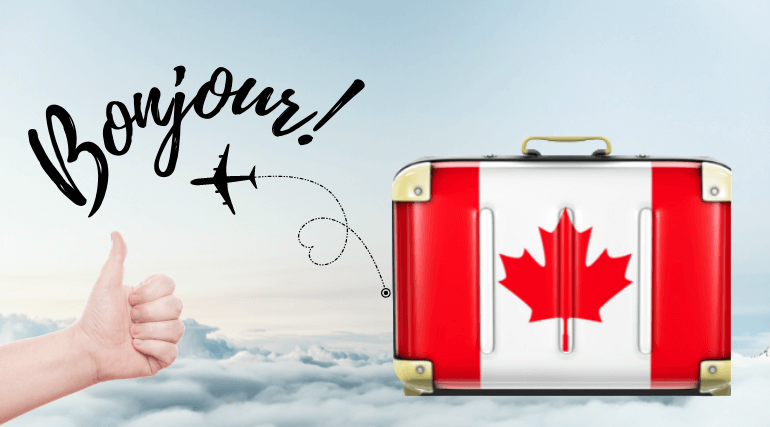 Oh, Canada! What’s so special about it?

What factors would you think about if you were contemplating studying abroad? What are the advantages of studying in Canada? Why do so many students pick Canada as their preferred study destination? Studying in Canada has various advantages, ranging from world-class education to a road to permanent residency. If you decide to study abroad than in your own country, Canada should be at the top of your list of options. In this article, we'll go through the top ten reasons why Canada is such a great destination for overseas students to study.

Because of its world-class education system and good quality of life, Canada is one of the best and most popular destinations for international students. It is a dream for many to study there. Along with low tuition prices, it offers high-quality research and training, providing students with a world-class educational experience that helps them develop the skills and traits they need to become successful persons.

According to 2020 data, 18 Canadian institutions are among the world's top 500 universities, with the University of Toronto ranking 28th, followed by McGill University and the University of British Columbia in the top 50. Likewise, the Canadian educational system is well-developed, which is why it is a dream study destination for a big number of students from across the world who apply for visas every year.

Reasons to study in Canada

There are lots to see and do in Canada, which is the world's second-biggest country by land area. Canada has a unique position, bordered on the south by the United States, on the west by the Pacific Ocean, on the east by the Atlantic Ocean, and on the north by the Arctic Ocean. It boasts breathtaking vistas, dramatic weather, and an endless amount of things to explore. These are just a handful of the benefits of studying in Canada for students!

Despite its size, much of Canada is covered in forest and tundra, resulting in a population that is heavily urbanized. The three major cities in Canada, Toronto, Montreal, and Vancouver are home to over half of the country's 35 million citizens and have become the most popular study abroad destinations in the country. Whether you like the fast-paced city life or the more laid-back atmosphere of smaller communities near nature, there are lots of study options in Canada!

Although English and French are both official languages in Canada and have equal status, you can get by only speaking and talking in English anywhere in the country. However, while in Canada, you may take advantage of the chance to study French or brush up on your existing knowledge.

All Canadian institutions offer English-taught degrees at the Bachelor's, Master's, and Ph.D. levels, so your major priority should be to pick a topic of study that suits your interests.

Canada actually encompasses all of the things necessary for a learner to be properly groomed. Although English and French are the official languages of Canada, it has evolved into a multilingual country with a diverse range of languages, faiths, and cultures. Students will be surrounded by individuals speaking a variety of languages, providing an excellent opportunity for them to learn those languages. Despite the fact that it is a mixed community, there will be no racial or ethnic issues.

The universities of Canada are among the greatest in the world. In the Times Higher Education World University Rankings, they have roughly 30 universities, including three in the top 50.

This trait also comes with flexibility from the standpoint of students. Students are encouraged to take a variety of subjects before declaring a major so that they may try different things and figure out what they like before making a commitment.

Did you say scholarships?

Both the government and universities provide perks such as scholarships and bursaries to students who are committed to completing their higher education. The strong academic standards of Canada's higher education system enable students to graduate from institutions and pursue their goal of studying overseas.

Apart from all of these factors, students prefer Canada because the expense of higher education in Canada is lower than in any other English-speaking country. Students may look at a variety of alternatives and select the best one for their course and budget.

All Canadian universities are dynamic and energetic, with a variety of events and festivals taking place throughout the year. Each institution hosts its own events and parties in order to educate and socialize students by encouraging them to participate in various cultural activities. This will enable students to cope with academic pressures while also allowing them to interact with individuals from other cultures at the institution.

Extracurricular activities are available in Canadian universities, allowing students to showcase their talents both within the university and throughout the country. They also provide free Wifi, as well as daily newspapers, journals, and magazines, among other things. As they seek higher education in Canada, international students will undoubtedly appreciate the varied lifestyle and enjoyable studying environment.

Add on with co-operative education

In Canada, co-operative education, or co-op education, is a program that permits you to work on a subject related to your studies. Co-op students often rotate between four months of schooling and four months of full-time employment for the organization they are working for. While obtaining your bachelor's degree, it's a terrific chance to learn about alternative vocations, gain valuable experience, and make money.

Co-op programs are offered as part of the academic curriculum at almost all post-secondary institutions in Canada. In reality, you'll have a co-op instructor who will assist you in gaining access to a workplace that most other students do not.

Because students who graduate from Canadian institutions have a high earning potential, they are permitted to work part-time on and off-campus. There is no need for a work permit on campus, although students working off-campus are allowed to work up to 20 hours each week.

Students in technical domains have an advantage because there are numerous job opportunities available to them, and students who gain knowledge and skills in the subject do not typically face any difficulties during placements, as they are easily placed in top companies with their dream job in hand because job prospects for international students are strong.

One of the most important aspects of being a graduate student is instilling research values, and if you are a research scholar, there is no better location than Canada, which is famed for its research and development. Students come from all over the world with brilliant research ideas, which the Canadian government encourages them to pursue in fields such as agriculture, environmental science, health, telecommunications, and many more.

They even provide scholarships for their study. If the research concept is brilliant, a few institutions, organizations, or the government will also step forward to cover the costs of the research. For academics and intellectuals, studying in Canada opens up a world of possibilities for them to use their expertise across several fields.

According to the 2018 Global Peace Index, Canada is one of the safest and most peaceful countries in the world. Canada is one of the world's most ethnically and linguistically diverse countries, with about half of the population not speaking English. Aside from that, students may feed their minds with academics while simultaneously feasting their eyes on breathtaking scenery and the craggy peaks of the Canadian Rockies.

From Niagara Falls, the world's most renowned cascade, to the world's longest shoreline, Canada's natural beauty has never failed to captivate visitors. Every year, a large number of people go to Canada to see the amazing sights and enjoy the natural beauty. Students can also enjoy vistas of the Atlantic and Pacific Oceans while exploring wildlife and amusement parks. Students can take time away from their studies to explore these tourist attractions in Canada.

Every year, the Canadian government welcomes thousands of immigrants from across the world to apply to colleges in Canada to further their education. They also allow students to work while studying for up to three years after graduation under Canada's Post-Graduation Work Permit Program (PWPP). It has become a home for a number of students who have come to Canada to pursue higher education. Students lose track of the fact that they are not at home and believe they are in their native nation.

People in Canada are also quite kind and support a peaceful way of life. Whether you know them or not, people smile and respect one other. Canada guarantees that people's cultures and traditions are preserved, as well as their ideals and dignity.

Canada is a cosmopolitan country with a large and diversified population, resulting in a complex cultural environment. Canadians are the friendliest people on the planet. People in Canada are exceedingly friendly and hospitable, hailing from various ethnic groups across the world, each with its own culture and way of life.

Despite the fact that English is the country's predominant language, French is as well, so expect to find signs and information in both English and French wherever you go.

Deficiency In Occupations: What Occupation(S) We Are Lacking In 2022? 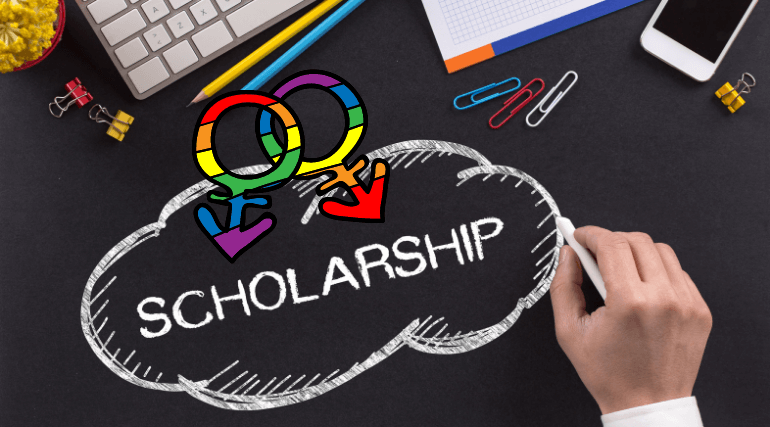 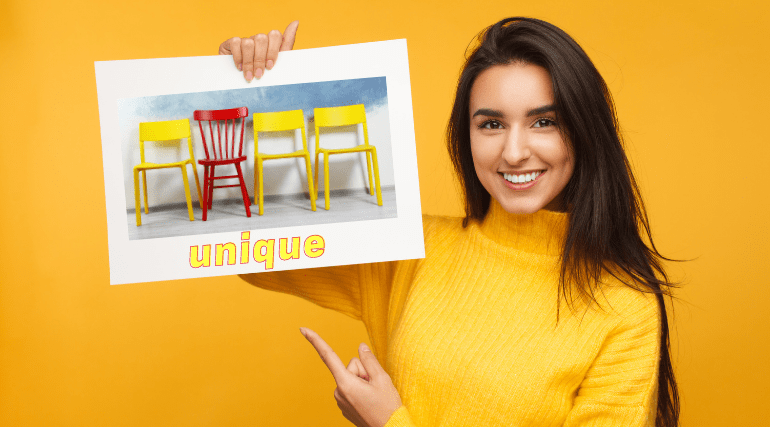 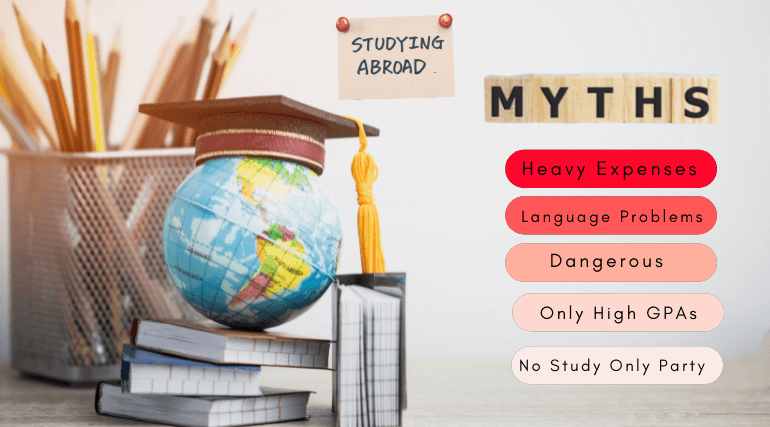 Get a fully personalized list of programs all around the globe that match your eligibility and aspirations. 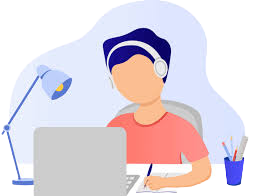